Step Up & Step Out

Check out the Spotlight feature of Robin Peyton, from the Rolesville Chamber of Commerce!

Robin Peyton has been the Town Clerk and Veterans Liaison for the Town of Rolesville since June 2015. She has the distinct privilege of working as a liaison to some of Rolesville's most talented and honored military men and women who served our country. As the town clerk, she is a sworn public official whose principal duties include acting as custodian of town records and the town seal, recording actions of the governing board, and ensuring governmental transparency.

In the years that Robin has served Rolesville, you will always find her serving the community with poise and grace. She is a great resource and liaison for our Veterans and continues to represent Rolesville on various committees.

Women's History Month celebrates the contributions of women to history, culture, and society. Rolesville Chamber of Commerce in partnership with Rolesville Rotary Club will be celebrating women in Rolesville all month long. 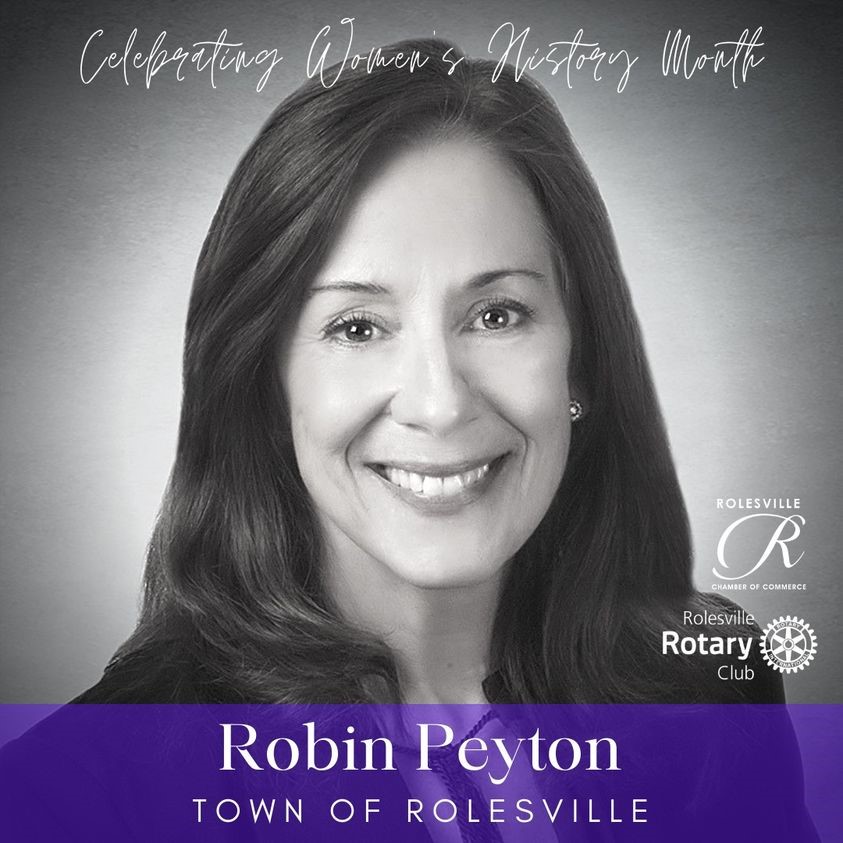